Capturing a Ripple. 01a
MA Architecture: Intro to Fifth Year.

I have set out to capture a ripple – but how!?

A ripple is something that is in continuous transformation. And there are many factors that effect a ripple which gives it a sense of randomness. These are just a few experiments of trying to capture a ripple – nothing more, nothing less…

I thought of a way to capture the force of a liquid passing through another liquid, therefore creating a kind of under water ripple. I used molten wax and cold water. Below are a few examples and a video of how this turned out… 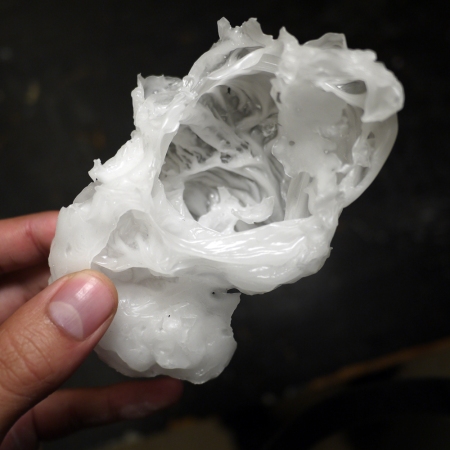 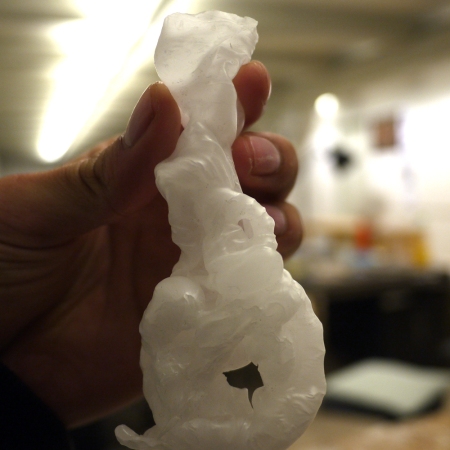 The above examples are products of pouring cold water into a layer of molten wax that sits above hot water. As the cold water passes through the molten wax, it cures the wax and it is instantly cooled into the shape of the water passing through. The process is random, but can it be controlled? Is it possible to deploy the same form over and over again – probably not – especially in these non-scientific conditions! 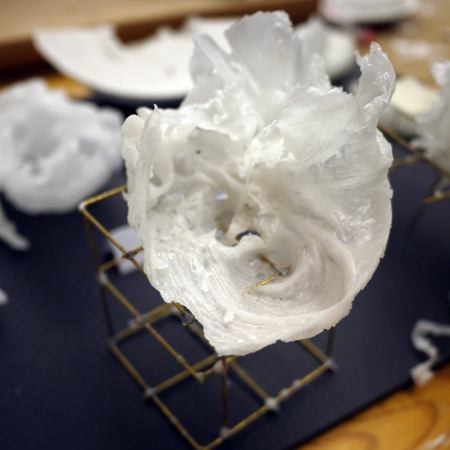 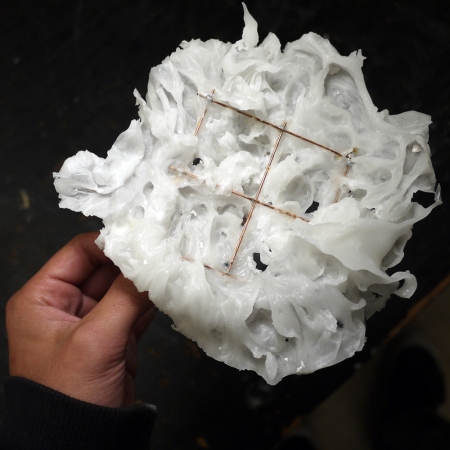 As you can see, the frame acted as a net and stopped the wax form from passing through the frame. Instead the results was more of a surface rather than a deep shape. The wax would set instantly, therefore preventing water to pass freely. In other words the path of water was actually guided through the instantly solidified wax.

After trying to capture a ripple it made me think of the idea of freezing a moment. Tidal waves create habitable spaces – but can only be inhabited by skilled surfers which must remain in motion to stay inside. Eventually these spaces disappear again until another one is generated. It is a type of instant architecture.

Could we generate instant architecture and keep it for a certain period of time?